Just between me and brew

The world of craft beer and real ale has changed a lot in recent years, discarding the image of beardy middle-aged men with a penchant for a sandal, vigorously discussing the virtues of flat beer with twigs and leafy bits floating on the top. It has now become a staple of the hipster brigade (how much longer we can get away with using the term hipster remains to be seen). On the way out are drinks named after badgers and in its place we are seeing some very bold approaches to branding and an injection of youthful exuberance.

Why am I talking about breweries now that the summer is on the way out and we have a long wait ahead of us before we enjoy that sublime moment of a cold pint on blistering hot day once more? Well, because mid-August into September is traditionally hop picking time and as everybody should know hops have played a vital role in the brewing of beer for hundreds of years. 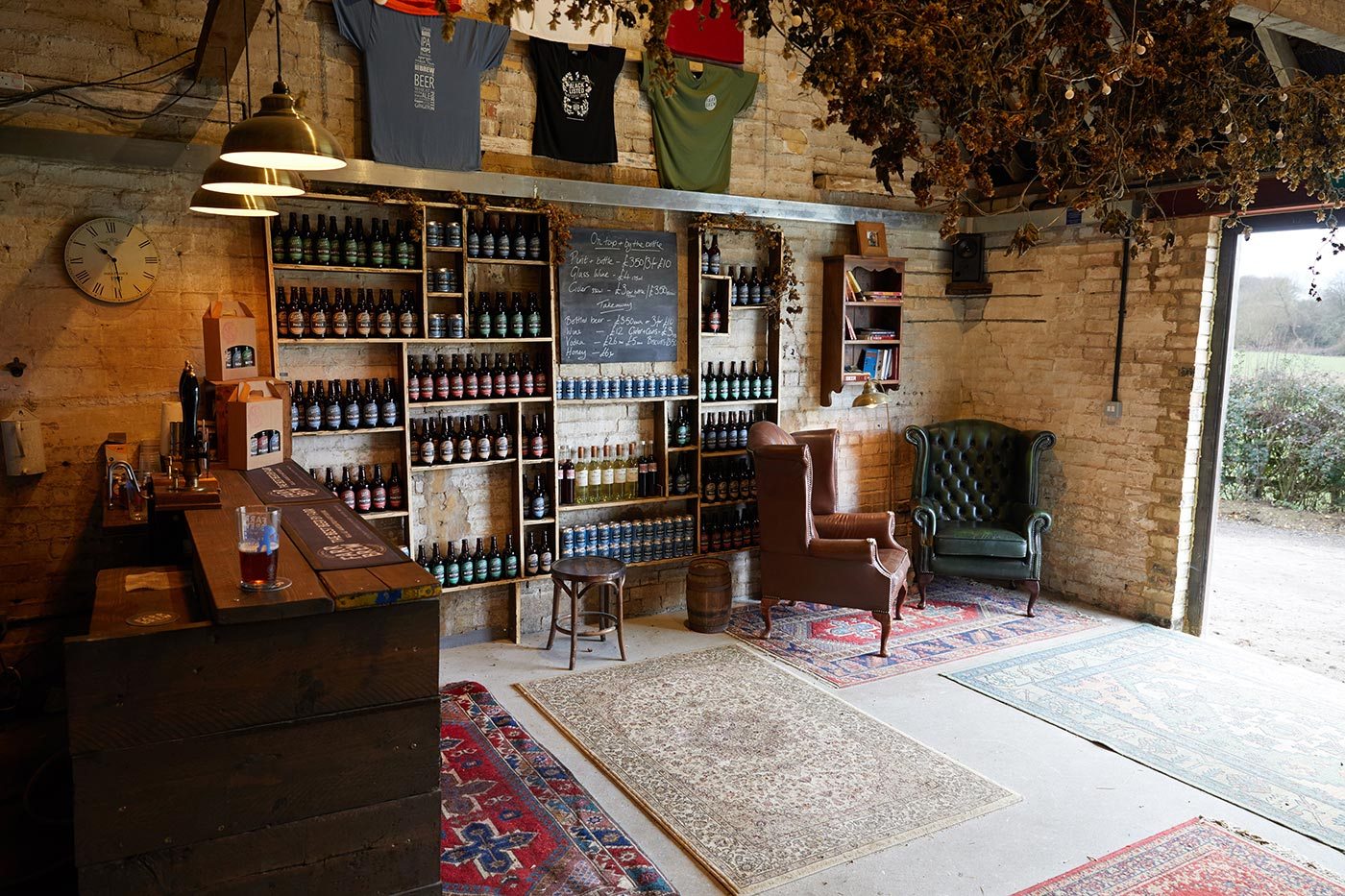 We are particularly excited to be seeing an increase in community initiatives. Hertfordshire is not the only place where you will find community hop farms, but many microbreweries across the area are working hard to get them bubbling away. The Farr brewery (pictured above) started the county’s first Hop Collective in the early part of 2017, inviting anybody with a big pot or empty patch of earth, and a spare tenner, to grow a hop plant. Come the end of the summer everybody harvests their hop cones and takes them to the brewery where they are used for a special ale. The brewery’s hop party in October will no doubt showcase the fruits of everybody’s labours.

Most of the UK’s hops are grown on the other side of the capital in Kent. They take it very seriously down there with huge festivals celebrating the hop harvest.  For the short period that fresh hops are available you’ll even find Green Hop beer, where the hops go into the brewing process within 12 hours of picking. If you are lucky you may find a few examples of locally brewed Green Hop ale in Hertfordshire and certainly with the help of the hop collectives there’s more opportunity for seasonal tipples of this kind.

New microbreweries are opening all the time and there are a few doing something a bit different, but then that’s the beauty of the micro revolution, space to be unique and bring some personality into proceedings. The 3 Brewers in St Albans have their very own bore hole, so when it comes to sourcing fresh water it doesn’t really get much more local than that. It’s a busy time for them, they will be at the St Albans Beer and Cider Festival (23rd September - 6th October 2019) and then straight onto the St Albans Food and Drink Festival.

Winner at the 2017 Hertfordshire Food and Drink Awards, The Garden City Brewery in Letchworth is beautifully situated on The Wynd. The brewery operates its bar serving the delicious beers they create on site (as well as other guest beers, ciders and spirits). They are very welcoming of both dogs and children, but obviously they aren’t allowed to sample the ales, not even the really old dogs.

One of the micro-est of microbreweries would probably be the Mix Brewery in Hemel Hempstead. Proprietor and brewer Mick Harrison only produces small batches at a time, there’s no tap room and no brewery tours but they do grow their own hops on site, for a small outfit they offer a diverse and dare we say eclectic selection of beers.

The Tring Brewery, not surprisingly located in Tring, is another award winner and a local success story. Founded back in 1992 the brewery goes from strength to strength thanks in no small part to their loyal local customers. I do like the sound of their Member’s Club: a litre of beer every month, invites to special members’ nights, tours and even a special bottle opener. 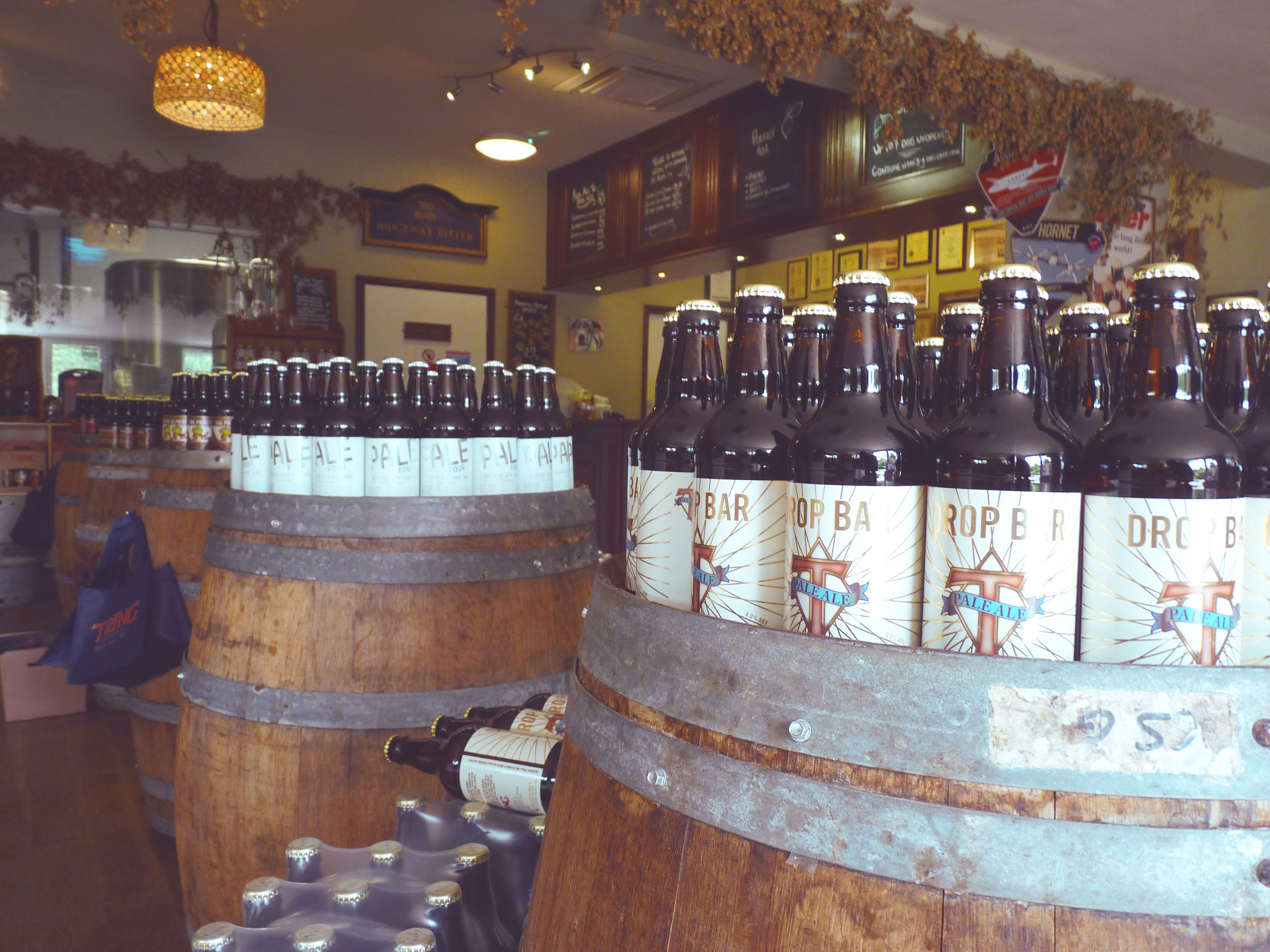 We hope you are able to enjoy the last vestiges of summer at a venue serving produce from some of those featured, and it goes without saying that we encourage you to please drink responsibly, beard and sandals strictly optional.